It’s been yet another bumper week on BikeRadar, where we’ve tried our hardest to bring you the best stories on the most interesting new and reviewed kit.

Talking of high-end kit, this week Castelli announced its brand-new Premio shorts, claiming them to be its best-performing bibs ever. Rest assured we’ll get some in to test and bring you a full review soon.

The more tech-focused among you might appreciate the news that Wahoo has launched an updated version of its Elemnt Bolt cycling GPS, which now comes with a colour screen and smart navigation. We also published a review of the Coros Pace 2 smartwatch, awarding it four out of five stars.

Jack kicked off a new series, High-Mileage Heros, extolling the virtues of his much-loved and well-used Halo TK fixed-gear hubs. Be sure to keep an eye out for more additions to the series as BikeRadar’s staffers give you an insight into what they run on their bikes week in, week out.

Elsewhere, other reviews included my verdict on Box Components’ Box One drivetrain, and we took a look at some of the bikes that competed in the Highland Trail 550 – arguably the UK’s most prestigious bikepacking event.

Finally, we also rounded up some of the best bike tool kits available right now and produced a guide to help you repair a punctured tubeless tyre.

When we covered the launch of the PSENS smart inner tube we were impressed with the concept, but scepticism remained about its application locking you into using an inner tube, when large swathes of the cycling community now run tubeless tyres.

This begged the question: would the near field communication (NFC) chip have been better fitted to a tubeless valve stem?

The jury’s still out, but PSIcle is developing exactly that, looking to crowd-funding to get the project off the ground. Once it’s a tangible product, we’ll be sure to get one in to review and compare the systems.

Speculation aside, the PSENS tube feels well-made but is unlike the butyl, stretchy material of a traditional tube. That’s thanks to its polyurethane construction making it less malleable in your hands.

The NFC chip sits opposite the valve stem and as the tube is inflated, it gets pushed against the tyre’s carcass.

The proximity to the outside of the tyre means a smartphone’s NFC induction loop can activate the chip, which then transmits the tyre’s current pressure to the Tubolito app.

I found the success rate of connecting to the NFC chip so far to be about 75 per cent with a DH-casing 2.6in wide tyre. I suspect thinner casing tyres or ones with a less blocky tread will suffer from fewer connection failures.

The PSENS tips the scales at a paltry 84g for the 1.8–2.5×29in version. That’s lighter than a hearty amount of tubeless sealant and a valve stem, but until I can do some thorough testing I can’t comment on the tube’s puncture resistance.

More commonly seen on motorbikes, specifically enduro, motocross and supercross bikes, hand guards are designed to protect riders’ hands from flying roost launched off the back of the bike in front, or from branches and thorns as you’re riding along overgrown trails in the wilderness.

Translated to mountain biking, the 219g a pair hand guards are an interesting prospect especially for people who live in areas with low-lying gorse bushes or other spiky flora.

They’re made from an impact-resistant plastic and attach to a bar using a lightweight nylon and aluminium clamp.

The guards use a single mounting point on the inboard side of the brake levers (closer to the stem) with an open-ended design.

This means they’re not rated for impact protection, so don’t expect them to safeguard your fingers from getting crushed by a close encounter with a tree.

Barkbusters doesn’t comment on how they’d stand up to an accidental impact, but we’d hope they’d offer at least some protection or at the very least not flex enough to squash your hands between the guard, the brake lever and the bar.

There are other benefits beyond protecting your hands from – to use Barkbusters’ words – “debris”.

In colder environments, chilly wind can cut through gloves and make a rider’s hands uncomfortably cold. The Barkbusters – especially with the optional top and bottom deflectors – should provide some protection from the cold.

Their looks are fairly subjective, though, and I’m sure there’ll be some who love them and just as many who aren’t as convinced. I’ve got a set on my Yeti SB 165 long-term test bike and will be writing up my thoughts in a review soon.

The Dirt Series Podium bottle incorporates a nifty mud cap that covers its teat in a bid to stop mud (and other, less pleasant contaminants one might find on the floor) from entering the bottle or your mouth as you drink from a soiled teat.

The Dirt Series has all the same features as the standard Podium bottle including an easy-to-clean top that can be removed from the bottle and disassembled, a lockout feature that stops water from leaving the bottle, and a high-flow, self-sealing cap.

It’s made from BPA-, BPS-and BPF-free plastic and is coated with a material that doesn’t alter the taste of water, a frequent problem with plastic bottles.

The standard 620ml version – which weighs 87g – is accompanied by an insulated model with the same internal capacity, although its external size is slightly larger and it weighs 114g.

Camelbak claims the double-wall construction keeps water cold for “twice as long” as a standard bottle.

I personally love the Podium bottles and really appreciate the cleanliness the mud cap offers when riding grubby trails.

Unknown to many, Cheng Shin Tire (CST) is Maxxis’ parent company and offers its own range of more budget-friendly rubber for the discerning cyclist.

Owning Maxxis has its advantages, and the tread patterns on the most trail-focused models of CST’s MTB tyre range are suspiciously familiar-looking, resembling some of Maxxis’ top performers like the Assegai and Minion DHR II.

First up is the BFT – an acronym that stands for ‘Big Fat Tire’ – that looks similar to the Minion DHR II, which should mean it’s a good all-rounder.

Its centre knobs have chunky braking surfaces, while the ramped edges should help reduce rolling resistance.

The sidewall has EPS protection – Exceptional Puncture Safety – to help reduce the chances of flats. The 29×2.25in folding bead tyre pictured has a 60TPI casing and weighed 931g on my scales.

The Rock Hawk is one of CST’s more aggressive tyres.
Alex Evans

Next is the Assegai lookalike – CST’s Rock Hawk.

Designed for the worst conditions, the Rock Hawk should excel in technical, downhill terrain.

Like the BFT, it also features EPS and this folding bead 29×2.4in tyre has a 60TPI casing. It weighed 966g on my scales.

The Patrol should be best suited to faster rolling terrain.
Alex Evans

The Patrol is the least aggressive model in this lineup and is reminiscent of the Maxxis Ardent, a true do-anything XC-come-trail tyre.

It hopes to emulate the Ardent’s revered all-terrain grip but roll fast enough to be suitable for XC riders.

Like the others, it also has EPS protection and this folding version has a 60TPI casing. The 29×2.25in model pictured weighed 755g on my scales.

Wed Jun 2 , 2021
PITTSBURG, KS – As electric powered vehicles continue to come to be more common, their effect is affecting much more than just the automotive field. “Electrification of motor vehicles that’s coming together quite quickly in the United States, we want to be out in entrance.” Says Dr. John Thompson, PSU […] 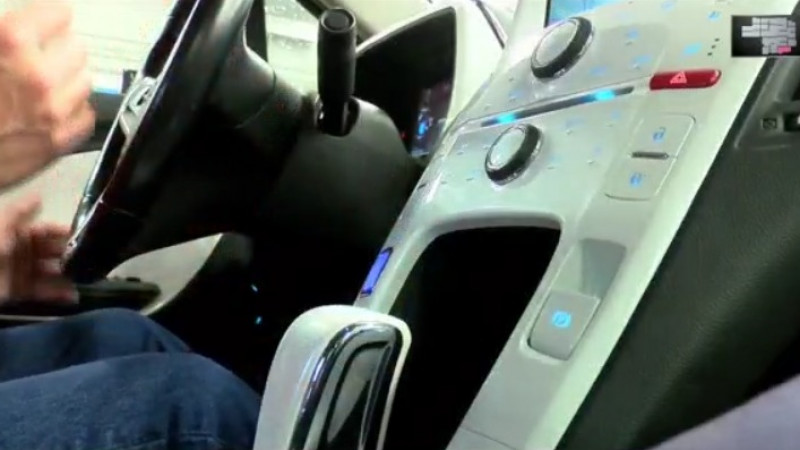