Intense has one of the longest, and most illustrious histories in mountain biking, with its roots deeply embedded in racing – a truly iconic mountain-biking brand. The Primer 29 is its trail bike, with both 29in and 27.5in versions available, both moulded from carbon fibre. With my preference for bigger […]

Intense has one of the longest, and most illustrious histories in mountain biking, with its roots deeply embedded in racing – a truly iconic mountain-biking brand. The Primer 29 is its trail bike, with both 29in and 27.5in versions available, both moulded from carbon fibre. With my preference for bigger wheels on a trail bike, I have the Expert spec bike – a pricier Pro version is available, as is a frame-only option.

A pair of counter-rotating links connect the front and rear carbon triangles, allowing 140mm of rear wheel travel. This linkage gives what’s called a ‘Virtual Pivot Point’ and is a system that allows separation of the pedalling and braking forces from the suspension.

On an Intense, this linkage is dubbed ‘JS Tuned’ and is named after Intense’s founder and CEO Jeff Steber, who we interviewed for the BikeRadar Podcast back in 2019. The JS Tuned suspension is found on everything from its cross-country-focused Sniper all the way to the M29 DH bike, however each model gets its own tune.

The pivot bolts are nicely concealed into the smooth aesthetic of the frame, which also sees a dropped top tube to boost standover height, as well as provision for a bottle cage under the shock. Its smooth and tidy looks certainly have plenty of car-park appeal.

The rear axle is secured by a collet-style system, which requires loosening on the non-ride side before full removal with a 5mm hex key through a plate on the driveside, driving the wheel’s axle out. It’s not the most obvious system when you first grab the bike, but it’s effective enough. However, I did find the rear cable’s loop to the derailleur got in the way of the key a little – perhaps one of the few finishing details of the frame I didn’t get on with.

Where the top of the rear triangle meets the top swing-link there’s a geometry flip-chip, allowing you to alter the shape of the bike. Between the ‘Low’ and ‘Lowest’ setting there’s a 0.6 degree difference in the head and seat angles, 7mm difference in bottom bracket height, and that Lowest setting gets a 6mm shorter reach.

I tested the bike in both settings (swapping between them was fairly quick and easy in the car park), but given that I tend towards lower, slacker figures, I’ve quoted the ‘Lowest’ setting here.

There’s a lot of heritage in that head badge.
Russell Burton / Immediate Media

Propping up the front of the Primer is a 150mm Fox 36 Performance fork, with a simple-but-effective Grip damper. This is combined with a Fox DPX2 shock at the back, again in its Performance guise – this gives you a three-position compression dial and rebound adjustment.

The added piggyback on the DPX2 shock does nothing but improve performance.
Russell Burton / Immediate Media

Intense has gone to E13 for the wheels, with its alloy LG1 Enduro Race hoops, which have a 30mm internal width, supporting a pair of Maxxis Minion DHR II tyres, in a 29×2.4in Wide Trail carcass.

Intense’s own bar and stem (780mm / 45mm) are joined by an Intense-branded dropper post and WTB Silverado saddle.

Value judgements are tricky to make, especially in 2021. On paper, it’s not the best spec ever for the money, however I didn’t really find many areas where the spec negatively affected the ride.

Perhaps Tom could have got away with a longer dropper on his size Large.
Russell Burton / Immediate Media

The Fox 36 is stout, and having a piggyback DPX2 shock is a bonus too. The wheels have a broad rim, supporting some of my favourite tyres, though at over 5kg for the pair, they aren’t light (not helped by that NX cassette, no doubt).

The Fox 36 is a stout fork on a trail bike.
Russell Burton / Immediate Media

The drivetrain worked well in testing, and the M6120 brakes are decent stoppers – I’d happily forego one of Shimano’s tiered model logos on the callipers if it meant money was spent elsewhere.

At 14.7kg, it’s not the lightest carbon trail bike out there, though with its relatively burly fork and wheel package, as well as the cheaper SRAM drivetrain, that’s no real surprise. Fortunately, on the trail it doesn’t ride like a heavier bike might.

While ‘nimble’ can’t easily be measured, I rarely struggled to place the bike where I wanted it on the trail. The front end lifts up easily, and I found the Primer happy to crest from one corner to the next, either in the air, or when dropping a knee and letting the Minion’s shoulder tread dig into the dirt and drag me round. The 65-degree head angle and reasonably low bottom bracket, in its ‘Lowest’ setting, means it carves a corner nicely too.

The rear suspension feels smooth, without much in the way of pedal feedback and enough ramp up to take the sting out of bigger hits. Compared to some it doesn’t seem like there’s as much mid-stroke support – while it doesn’t feel like it wallows as such, there’s not quite the same platform through which to push with your heels in a berm or through a transition on a jump’s face. Add air to get more support and it’s tough to get all the way to the end of the travel on bigger impacts.

The Primer has an incredibly agile feel through corners.
Russell Burton / Immediate Media

When it came to fast, rough sections of track – for example over well-pitted matted roots with big holes – I couldn’t quite get the Primer to feel as settled or composed, when set up to work well in other parts of the various test loops.

Tom had a lot of fun ragging the Primer around.
Immediate Media

This feeling is replicated on climbs. The rear wheel is more than free enough to bump up and over trail obstacles, meaning traction levels are high on technical climbs.

I’d like a slightly steeper seat angle than the 75 degrees (measured) that’s offered, to get me in a better position to make the most of the traction. On smooth drags I found myself reaching for the shock’s lockout lever often just to get efficiency levels up.

I’d also have liked to get the bike sitting a touch higher in its travel – as the bike sags, the seat angle slackens, further hindering my hips’ position over the pedals, and the bottom bracket drops lower, meaning a few more pedal strikes when things get tighter.

Climbing speed isn’t helped by the grippy Minion DHRIIs – however I’m happy with the compromise, because, as rubber goes, I’m a fan of the 2.4in wide tread.

Bike of the Year 2021 contenders

Sun May 2 , 2021
NEW HARTFORD — Oneida-Herkimer-Madison BOCES Automotive Engineering instructor John Stratton has been named the 2021 SkillsUSA Region I Adviser of the Yr. This regional award acknowledges Stratton’s exceptional perseverance to the SkillsUSA business and quite a few accomplishments as a career and complex educator. This award tends to make Stratton a […] 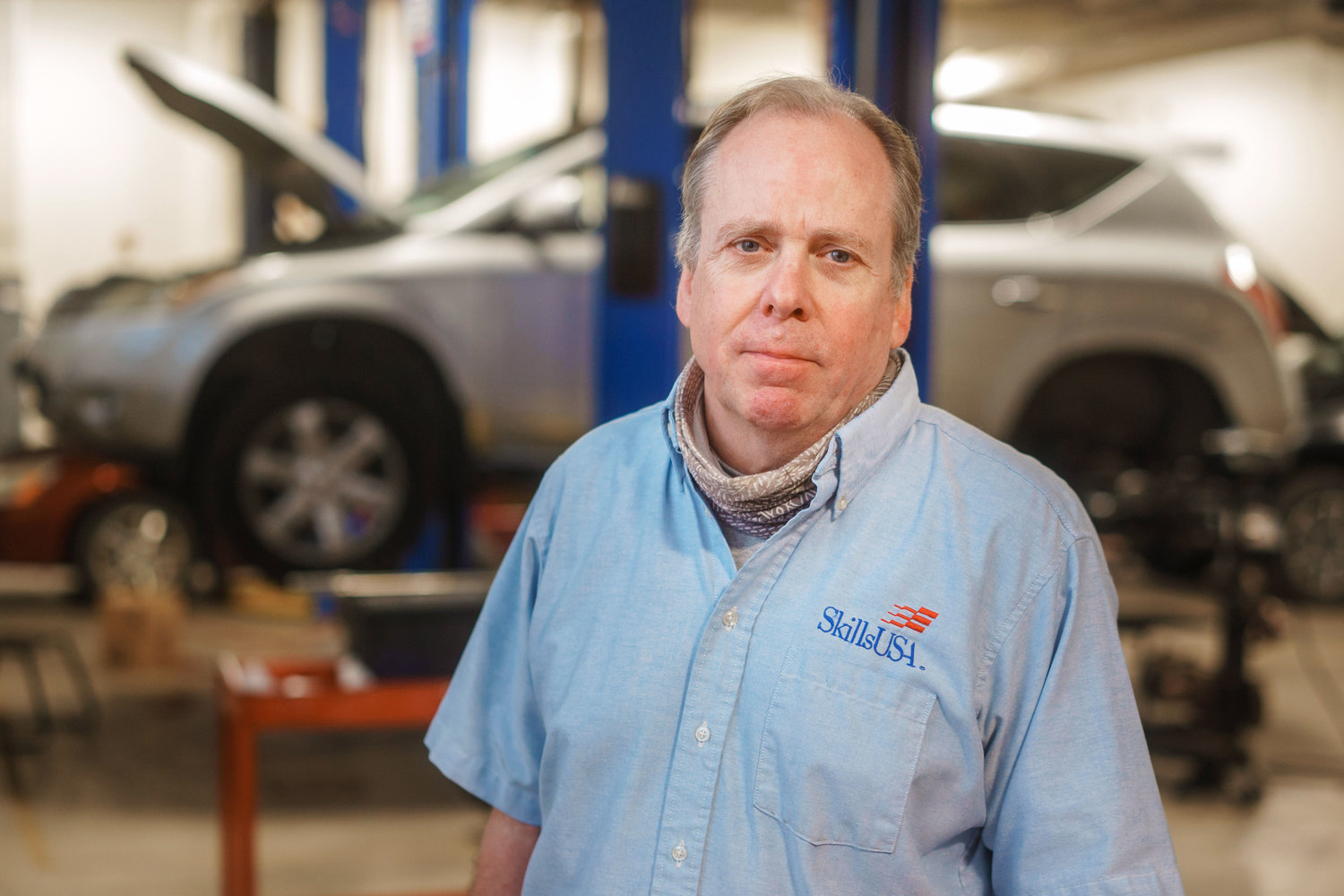