If you’ve been following our Blues Cruise series, you’ll know that alongside MBUK magazine, we’ve been on the hunt to find the UK’s best blue-graded trail – an engaging loop that offers as much entertainment for seasoned pinners as for off-road beginners. After heated debate among our team, invaluable suggestions […]

If you’ve been following our Blues Cruise series, you’ll know that alongside MBUK magazine, we’ve been on the hunt to find the UK’s best blue-graded trail – an engaging loop that offers as much entertainment for seasoned pinners as for off-road beginners.

After heated debate among our team, invaluable suggestions from our readers and expert input from our contributors, we narrowed it down to a shortlist of one trail each from England, Scotland, and Wales.

Then, with Saracen supplying us with bikes and support, we took Luke (an experienced old-timer) and Julia (our newbie) to ride each spot and determine an overall winner.

Even the climb at this popular Scottish centre is entertaining, as it twists through beautiful woodland, with wide-reaching views over the Tweed Valley and multiple line options for those who want a challenge.

The Blue Route descent, meanwhile, includes everything from sweeping turns and arcing berms to varying surfaces, opportunities to get air and changes in atmosphere as it carves its way through the forest. This trail really gives you a sense of what mountain biking’s all about.

However, it was one close battle.

Glentress’s Blue Route isn’t quite all killer, no filler, with the upper 8km loop not being quite as entertaining as the lower one.

We’ll let it off, though, because you can tackle the bottom on its own if you fancy a shorter ride (just make sure to add in ‘Berm Baby Berm’!), but it only beat the Forest of Dean’s Verderers Trail and BikePark Wales’s Beast of Burden/Sixtapod/Willy Waver by the slimmest of margins.

We felt the climb at BPW was a touch too demanding to make it a truly fun loop, especially for beginners, and while the trails there are thrilling to thrash down, there’s less variety in terrain.

Despite not taking the overall crown, our winner for England, the Forest of Dean’s Verderers Trail, is guaranteed to provide a great time whether you’re new to MTB or a seasoned rider.
Andy Lloyd / Immediate Media

As for the Verderers, the refurbished sections are a blast, and the way the trail undulates, rather than heading straight up and then back down, is less intimidating for newbies.

Still, there aren’t quite the same possibilities to get creative. All three are fantastic places to ride, but we could only pick one winner.

A big thanks to Saracen Bikes and all those who helped us find Britain’s best blue. Now go and try them for yourself – you won’t be disappointed!

Julia and Luke getting ready to take on the blue trails at Glentress trail centre.
Ian Linton / Immediate Media

Where: Glentress Forest, near Peebles, Scottish Borders
Trail length: 16km (or you can just ride the 8km lower loop)
Get there: EH45 8NB

“The Glentress blue is class. Some of it’s really fast, and it has ‘Berm Baby Berm’ on it, which everyone loves!”

Julia rode the Saracen Ariel Pro 30 trail bike, which sports 130mm of travel front and back, aggressive reach numbers and wheelbase lengths, and a stable 65-degree head angle. This is a bike that’s ideal for building confidence but won’t hold you back.

Luke rode the enduro-focused Ariel 60 Elite, which has 160mm of suspension front and rear, and is capable of spicing up your line choice, whatever trail you ride, without it ever feeling like it rides heavy. Its stable mountain bike geometry means you can carve your own path down the hill, too.

Do you agree that Glentress Forest is the best blue trail in Britain? If not, let us know what yours would be in the comments below and why. 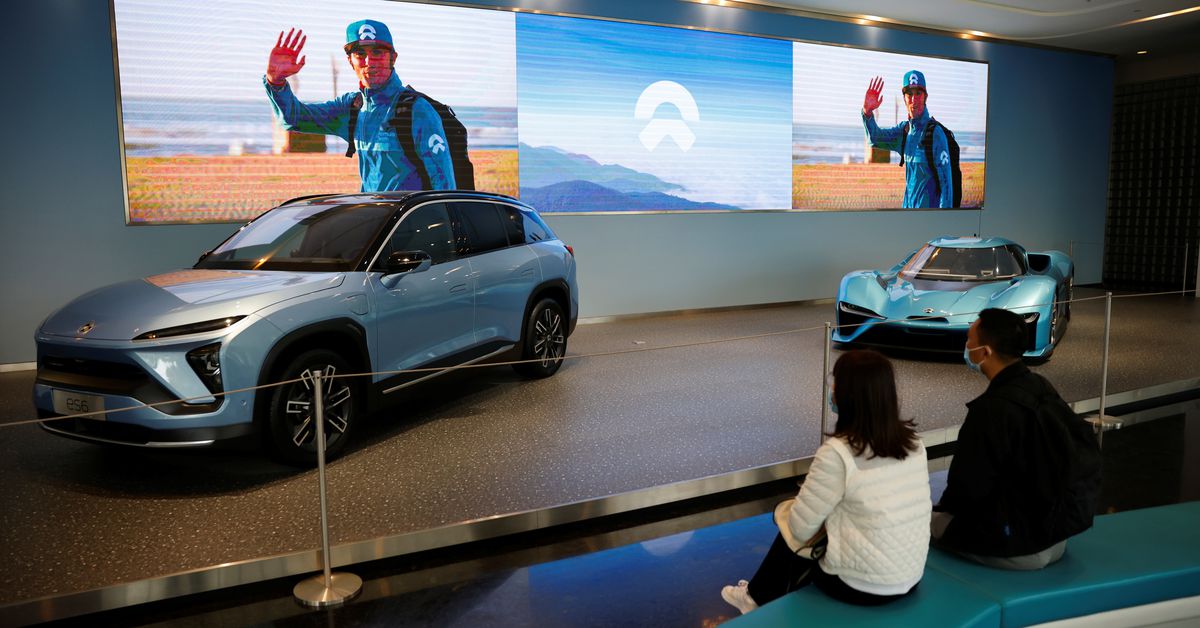