When the newest “person of interest” was named in the abduction and killing of Molly Bish, criminal profiler and psychotherapist John Kelly looked back at his group’s files on the case. He looked over a June 26, 2001, profile on the abductor. It was created by his group, New Jersey-based […]

When the newest “person of interest” was named in the abduction and killing of Molly Bish, criminal profiler and psychotherapist John Kelly looked back at his group’s files on the case.

He looked over a June 26, 2001, profile on the abductor. It was created by his group, New Jersey-based STALK Inc. just a day before the year anniversary of Molly’s June 27, 2000, disappearance from Comins Pond in Warren.

Three things stood out. The man’s smoking, his prior conviction for sexual assault and his employment.

But what follows are the questions of how the Worcester District Attorney’s Office has pinpointed Francis P. Sumner Sr. as someone possibly involved in the 16-year-old’s death.

Kelly saw one picture of Sumner, which was released by District Attorney Joseph D. Early Jr.s office, that made him take notice. It was Sumner holding a Marlboro-brand cigarette with another one out of the pack, ready to be smoked.

STALK Inc.’s 2001 profile said Molly’s abductor would be a chain smoker and nicotine would be a substance of choice.

But the way Sumner held the cigarette was jarring to Kelly.

“It blew me away and the way he was holding it,” the profiler said in an interview with MassLive.

The day before Molly disappeared, her mother dropped her off for her lifeguard job, as was routine. Magi Bish remembered seeing a man smoking a cigarette while sitting in a white car.

A police sketch was drawn and has remained an image connected with Molly’s case for years.

For Molly’s sister, Heather Bish, the photo of Sumner showed to her Wednesday by Massachusetts State Police detectives as they returned some of her sister’s belonging, brought back her mother’s description of the man in the car.

“I was easily able to identify the way he held a cigarette, his mannerisms, his build, my mom talked about the larger build, he had a collared shirt on, my mom remembered this person wearing a collared shirt, his hairline, his eyebrow line, the black eyes,” Heather said in an interview with MassLive.

Kelly noticed Sumner’s hairline along with his team of profilers and spotted the resemblance to the police sketch.

Sumner was identified as a new “person of interest” in Molly’s killing but Early would only say new evidence pointed investigators in his direction.

“How did this new evidence come to light? Was he even on their (investigator’s) radar?” Kelly questioned.

Several area sex offenders were rounded up after Molly’s disappearance. Kelly wonders if Sumner, a registered level 2 sex offender from Spencer who died in 2016, was ever one of those men.

Details of a rape case where Sumner was convicted listed two other details Kelly’s group had in their 2001 profile.

The person suspected of abducting Molly would have a history of physical or sexual assault toward women. The person also would be employed as someone centering around computers, contracting, cleaning or auto repair.

“It jumped right out. When I went back and took a look at the profile, I said there it is,” Kelly said. “We knew it had to be a guy who had a visually-oriented, hands-on job.”

Kelly looked at the details of the October 1981 case where Sumner was eventually convicted for aggravated rape and kidnapping.

A 21-year-old woman had a friend’s Cadillac painted at Sumner’s auto body shop. Sumner ended up having the woman clean an apartment for him in Auburn.

When the woman was done cleaning, Sumner blocked her from leaving and locked the three locks on the door. He began kissing her as she pushed him away.

“After some struggling, Sumner said, ‘Just give it to me and I won’t hurt you.’ Then he said, ‘Give it to me or I’ll kill you’,” records show. “She was crying but was unable to push him away.”

That’s when Sumner began choking the woman. She screamed hoping someone upstairs would hear her. Sumner then squeezed the woman’s throat again as she gasped for air, records said.

Sumner was indicted in Worcester Superior Court on Jan. 13, 1982. A trial began on June 18 and ended on July 9, at which point he was found guilty on charges of aggravated rape and kidnapping.

A record of Sumner’s driving history shows he was pulled over in July 1998 in Worcester for speeding.

Kelly said Sumner’s rape case showed he wanted control of the woman and his surroundings.

One could argue the person involved in Molly’s abduction and killing controlled the situation as well. If the abductor was the man seen in the white car the day before, planning was also involved, Kelly said.

The profiler noted the short time frame someone would have to abduct Molly.

Magi had dropped Molly off at Comins Pond around 9:45 a.m. Within 25 minutes, swimmers showed up and discovered no lifeguard was there.

All that was left at the scene were Molly’s shoes, a medical kit, a water bottle and a police radio were on the lifeguard chair.

The person had to know swimmers were headed to the pond, Kelly said.

Molly’s remains were discovered three years later by a hunter in Palmer, just 2.5 miles away from the pond.

“They have to be able to put him in that area,” Kelly said while discussing the ability to name Sumner as more than a person of interest. “It was the perfect dump site (Palmer) to get rid of a body. How did he know that site?”

Heather said it is possible that her family used one of Sumner’s auto repair shops at some point, but that she is not certain. Kelly wonders if Sumner ever crossed paths with Molly and her family.

“It’s hard to say,” Heather told MassLive. “My mom doesn’t recall going to Spencer at all and using any of the garages out there. Would it have been possible if my dad lost a tire or needed a quick oil change or something and, having worked in that town?”

She added, “We’re not sure what the ties are between Molly and Frank Sumner yet but I’m scared and eager to find out.”

Molly’s parents, John and Magi Bish, released a statement through the district attorney’s office that thanked the investigators. They did not mention if they knew or recognized Sumner.

“Our hearts are heavy with our loss and the reality of what may have happened to our daughter, but we are hopeful that there will be resolution and that no one else will ever be harmed,” they wrote. “We are proud of Molly’s legacy of keeping children safe, advocating for families, and we feel it most strongly right now, reflected in our community. Thank you to those brave people who provided tips and information to the detectives. We recognize how hard and scary that can be.”

The district attorney’s office said Sumner was active in Central Massachusetts from 1960 through his May 4, 2016, death. Sumner was 71 when he died at his home in Spencer. Kelly also wondered what Sumner’s training was for at the Massachusetts National Guard, something that was noted in Sumner’s obituary.

Investigators are seeking tips from the public, the district attorney’s office said, looking specifically for information related to Sumner’s employment practices and personnel, associates, vehicles, travel and any known habits. Anyone with information on Sumner or the Molly Bish case is asked to call an anonymous tip line at 508-453-7575.

“We’ve got to keep our foot on the pedal a little bit longer, but it feels really good to have the opportunity to ask for the public’s help,” Early said. “We’re looking for any bit of information no matter how small. To our detectives, that could be a gold mine.”

Another person of interest in the case included Rodney Stanger, who used to fish and hunt in the area and lived in the Southbridge area at the time of Molly’s abduction. In 2010, Stanger was sentenced to 25 in prison for the 2008 stabbing death of his girlfriend in Florida.

Early said Stanger has not been ruled out as a person of interest. Asked if there were other people of interest in the case, Early said he could not share details because it was part of the investigation, but that his office felt “very comfortable putting Sumner’s name out.”

Kelly’s group has also not ruled out Stanger. The sketch looks like Stanger as much as it does Sumner, he said.

In the interview with MassLive, Kelly offered his sympathies to the Bish family noting they have gone years without answers. The case also had a wide impact on people in the area, causing fear for many that a monster was lurking.

Gentleman dies after capturing outside the house of employed auto lot, deputies say

Sat Jun 12 , 2021
ORANGE COUNTY, Fla. – An hurt guy who was discovered in the parking good deal of a utilised auto business on Monday has died, in accordance to the Orange County Sheriff’s Place of work. Deputies stated the shooting sufferer was located all around 4:30 p.m. at 4398 West Colonial Generate. […] 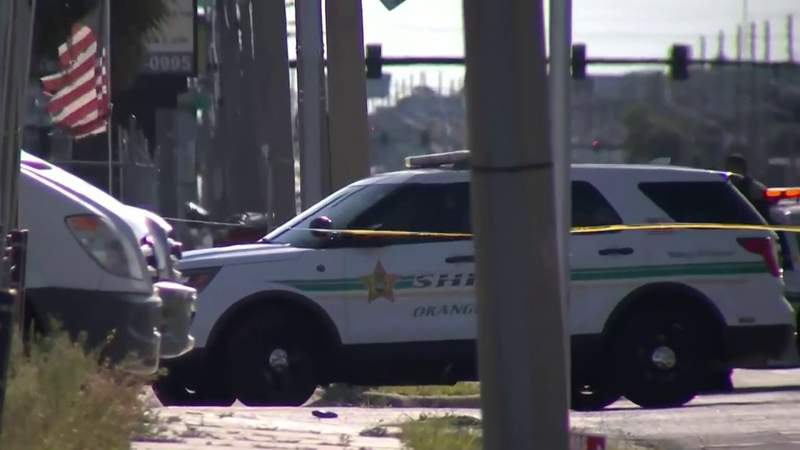