When you’re looking for a new running watch, the Garmin Instinct and Garmin Forerunner 945 are both worthy of a place on your shortlist. Both are tough, no-frills fitness trackers, but there are a lot of differences hidden inside.

Here, we’ve given you a full comparison of both Garmin watches so you can pick the best one for you, depending on your budget and needs.

If you’re a runner, then both the Instinct and Forerunner 945 will serve you well. Both feature accurate GPS and heart rate tracking, downloadable training plans, lap alerts, interval training and course times, and both can be connected to external foot pods or heart rate monitors.

The Forerunner 945 is also the best watch for golfers, pre-programmed with maps for thousands of courses, plus scoring and plotting tools.

If you want a smartwatch for everyday wear, the Forerunner 945 again comes up trumps. While its fitness tracking tools aren’t that different, it has a lot more features you’ll use in everyday life, such as Wi-Fi connectivity, a built-in music player, support for third-party apps, and NFC for contactless payments. The Forerunner 945 is also the only one of the two to have a pulse ox sensor, unless you upgrade to the more expensive Instinct Solar.

The most immediately obvious difference between the two watches is that the Garmin Instinct has a monochrome display, while the Forerunner 945’s is color. That’s not the only thing to note, though.

The Garmin Instinct has a dual-screen design, with a small cut-out window to display extra information and contextual icons. As you’re browsing through the watch’s menus, the icon in this window will change to show what pressing the top right button will do, and when you’re using the Instinct in smartwatch mode, you can choose what information it shows (such as step count or temperature).

It’s a neat, intuitive way to help you find your way around the watch’s myriad options, but it does mean that the main screen is smaller and capable of showing less information, with a resolution of just 128 x 128 pixels.

The Garmin Forerunner 945 has one large screen, with a resolution of 240 x 240 pixels. It’s not AMOLED, so it’s not as vivid as the display of the Garmin Venu, but it offers good visibility in sunlight, and is a good size for viewing maps.

Both the Garmin Instinct and Forerunner 945 are notable for their no-frills designs, favoring practicality over style.

Both watches have a bezel and case made from fiber-reinforced polymer, though the Instinct is a little thicker and smaller in diameter, measuring 45 x 45 x 15.3mm compared to 47 x 47 x 13.7mm.

The Instinct is also slightly heavier, tipping the scale at 52g compared to 50g for the Forerunner. The difference is imperceptible in use, though.

Both Garmins have a silicone strap, and the Instinct is available in four colors (Seafoam, Black, Tundra, and Lakeside Blue), while the Forerunner 945 only comes in black, or blue if bought as part of a bundle with Garmin’s HRM-Tri and HRM-Swim heart rate monitors.

Both watches support Bluetooth for connecting to your phone, and ANT+ for linking additional devices (such as heart rate monitors and cadence sensors), but the Forerunner 945 also has Wi-Fi connectivity, plus NFC, allowing you to make contactless payments via Garmin Pay.

The Garmin Instinct doesn’t support apps downloaded from the Garmin Connect IQ store. Nor does it have a music player – it can only control the music player on your phone. The Garmin Forerunner 945 has internal storage for up to 1,000 songs.

Both watches have battery life of around two weeks in smartwatch mode, but the Forerunner 945 can keep running for up to 36 hours in GPS mode (without music), while the Instinct only lasts 16 hours. However, you can extend that to 40 hours with the Instinct’s UltraTrac mode, which decreases the GPS upload rate.

If you’re planning a long expedition then we recommend taking a look at the Garmin Instinct Solar. It’s a little more expensive, but its face is covered with Solar Glass, which keeps the battery topped up with only a few hours of sunlight exposure every day. Garmin claims that, with sufficient sunshine and all the power-saving functions enabled, it can theoretically hold its charge forever.

When it comes to fitness tracking, the Garmin Instinct is a good all-rounder, particularly for runners, but the Forerunner 945 is much more advanced.

Both the Forerunner 945 and the Instinct have full on-board GPS, supplemented by Galileo and GLONASS satellite tracking for improved accuracy anywhere in the world. Both also feature a compass, barometric altimeter and thermometer.

Both watches offer all-day heart rate monitoring (with alerts for abnormally high or low heart rates), but only the Forerunner 945 has a pulse oximeter for tracking blood oxygen saturation. This feature was added to the Instinct Solar, but isn’t present in the original Instinct.

Both watches feature Livetrack, allowing a friend or relative to monitor your location, but the Forerunner 945 also offers incident detection, which alerts your emergency contact if it detects a sudden deceleration or impact during an activity.

Runners will be well served by either watch, though the most serious athletes may prefer to opt for the Forerunner 945 thanks to advanced training tools like its race predictor and PacePro pacing strategies. Connecting a RunPod to either watch will give you a wealth of extra info in the Garmin Connect app, including ground contact time and balance, and vertical oscillation.

For cyclists, the Forerunner 945 is easily the best choice. While the Instinct offers only basic activity tracking and courses, the 945 provides real-time breadcrumb trails, elevation profiles, navigation back to start, elevation plotter, barometric trend with storm indicator, and much more. It can also be connected to compatible Varia lights and bike radars.

The Garmin Forerunner 945 is also a fully-fledged golf watch, pre-loaded with details of 42,000 courses around the world. It provides a digital scorecard, hazard and course targets, and stat tracking.

The Forerunner 945 is also available in a bundle together with Garmin’s HRM-Tri and HRM-Swim heart rate monitors for $749.99 / £629.99 / AU$1,199. If you’re a triathlete, that’s a substantial saving compared to buying each device on its own.

The Forerunner 945 and Instinct are often available more cheaply at third-party retailers, and the Instinct in particular can often be found on special offer.

Sat Mar 27 , 2021
When we feel about the onward march of automotive technologies, headlights are not typically the initial factor that occur to head. Engines, gas effectiveness, and the switch to electric power are all more entrance of brain. On the other hand, that does not imply there aren’t thousands of engineers all-around […] 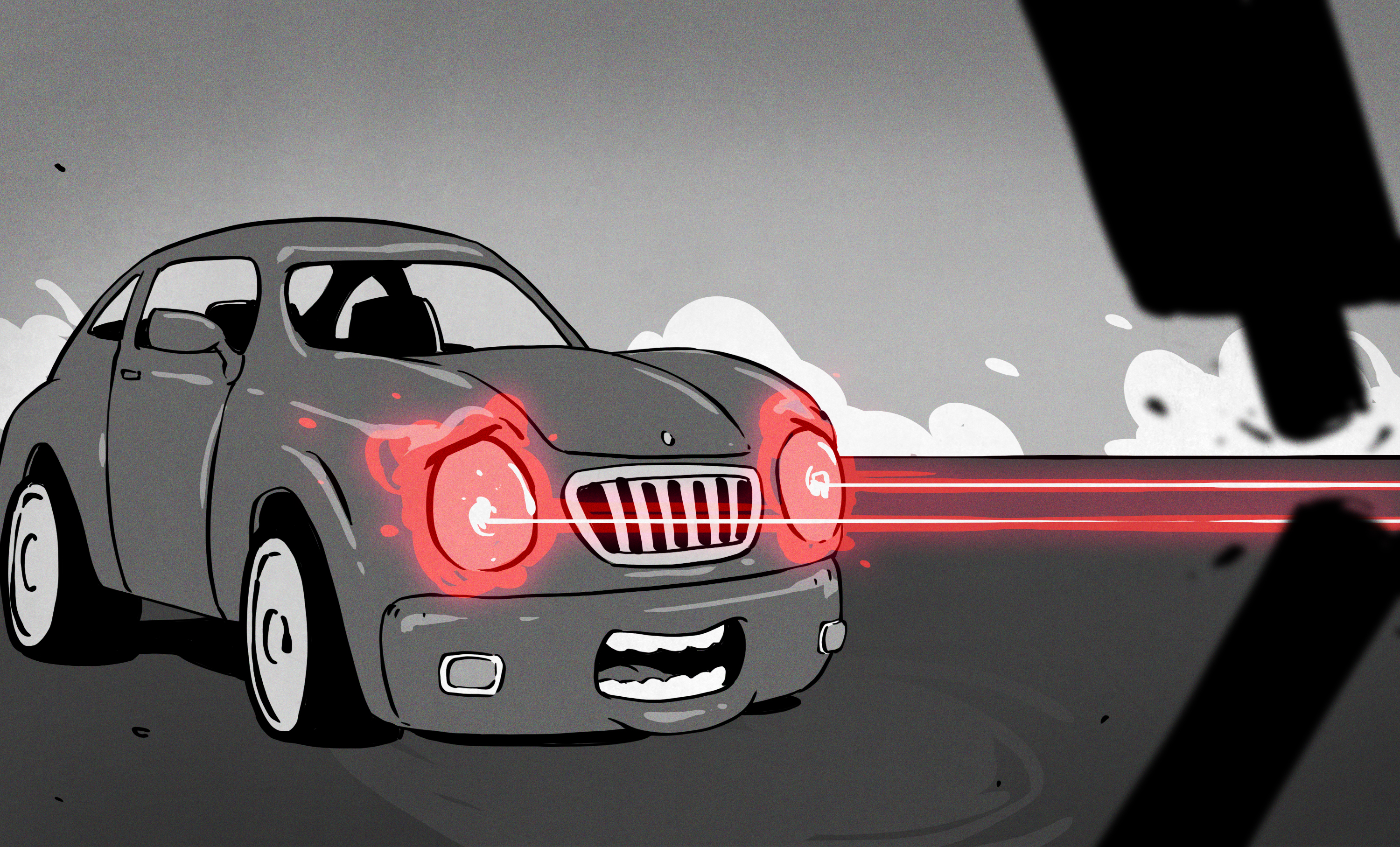