It’s hard to believe that summer will draw to a close in less than a month here in the northern hemisphere – it feels like I’ve only just got my teeth stuck into all of the overnight bikepacking adventures I had planned for this year. Lucky for me, I still […]

It’s hard to believe that summer will draw to a close in less than a month here in the northern hemisphere – it feels like I’ve only just got my teeth stuck into all of the overnight bikepacking adventures I had planned for this year.

Lucky for me, I still have one biggy to go and by the time you’re reading this, I’ll likely be trundling my way around Wales for nine days on my tandem with my partner.

With that in mind, it’s just as well we kicked this week off on BikeRadar with an in-depth guide into everything you ever wanted to know – and probably lots you didn’t – about saddle sores. This is a must-read for any cyclist and includes some top suggestions from bike fitters and physiologists. I suspect I will be referring to this closely once my fairly intensive month of riding is over.

We also published the results of our in-depth test of the best women’s cycling shorts on the market, with options to fit all budgets.

Finally, I’m here to remind you that as of today, there are just 120 days until Christmas.

Now I don’t wish to be alarmist but, if you’re thinking about buying a little one a kid’s bike for Christmas, now might be the time to act – retailers are already warning that stocks are expected to be low and getting in early may be prudent.

To make sure you don’t buy a dud, be sure to check out our new in-depth video guide to buying a kid’s bike.

It’s hard to believe but this cage is, in fact, not titanium.
Jack Luke / Immediate Media

In a sea of boring plastic, carbon and alloy bottle cages, opting for titanium cages can add a touch of exotic class to any bike.

However, such class requires fairly deep pockets, with most titanium bottle cages coming in around the £70 mark (ouch!).

Mercifully, there exists another solution for those seeking champagne on a lemonade budget – stainless steel bottle cages.

I wish the cages had slightly longer bolt slots for more fore-aft adjustment, but that’s just me being picky.
Jack Luke / Immediate Media

At a glance, you would be hard-pressed to tell these Blackburn Chicane cages apart from titanium cages – their handsome dark grey brushed finish really is very ti’-like.

They tell a pretty similar story on the scales too, coming in at just 45g each. For comparison, my oh-so-pricey Silca Sicuro titanium cages weigh 30g each.

Compared to an alloy cage, these will also not mark bottles (un-anodised alloy cages leave really unsightly dark marks on bottles because vibrations literally wear the cage away, leaving an obstinate coating of alloy dust on the bottle).

At just £14.99 a pop, and frequently available for quite a bit less, you could also have 10 of these for the price of two Silca cages – that’s probably just enough to use up every boss on the braze-on-bristling tubes of a modern bikepacking bike.

The cages are made of 4mm stainless steel tube, so it’s no real surprise they aren’t as stiff as a chunky alloy cage.
Jack Luke / Immediate Media

Initial impressions suggest they aren’t quite as secure as some cages I’ve used – they are only made of 4mm stainless tube after all – having managed to eject one bottle as I took my wildly unsuitable road bike along a gravel track.

Hopefully, a bit of judicious bending will provide a more tenacious grip on my relatively smooth Elite bidons.

Even if they aren’t the most secure bottle cages in the world, I’m still happy to have found an inexpensive option that will look cool on bikes that will experience low levels of rumble-tumble.

In the months since the review, I got hold of a SON dynamo hub and decided to build up a matching front wheel using the same rim as is specced on these wheels.

Hunt is something of an outlier in the complete wheelset market in that it offers standalone/replacement rims for most of the wheels it sells. It’s definitely not alone in this regard, but it’s certainly one of the easiest wheelset brands to buy rims from.

This is useful for regular consumers and also opens up build options for committed nipple tweakers such as myself.

The 4 Season Aero rim is available in either 24 or 28 hole options. Neither is offset, so you can switch around the ‘rear’ rim and use it for a front wheel, as I have done here.

At £69 per rim, they’re priced about standard for a modern alloy rim (the Mavic Open Pro UST is £71 at RRP).

Now I should add that, as someone charged with trying the latest and greatest cycling tech, it would have made more sense to build the hub onto a new rim in the name of testing.

Alas, I am a chronic fashion victim and the thought of riding with mismatched wheels on my bike makes me itch all over. There is no logical reason for this – I am merely succumbing to imagined scrutiny from those giving my bike sideways glances at cafe stops. It’s tragic, really.

Anyway, with the rim in hand and everything measured, I found a storming deal on a box of DT Swiss Revolution spokes and spent a very enjoyable afternoon building my new wheel.

A dynamo wheel is never going to be light – the hub is packed full of magnets after all – but, since I know you’re all dying to know, the wheel as pictured without tape or valves weighs 1,040g. This is more than acceptable for my needs and, in any case, the value of banishing any battery anxiety from my life is frankly worth its weight in gold.

Here’s my bike including its fancy new front wheel having a little lie down midway through my fabulous tour.
Jack Luke / Immediate Media

Putting my infrequently-used wheel building skills to the test, I used the new wheel on a recent tour from Newport in South Wales up to Bangor. I am pleased to report that after 400-ish-km of loaded riding, my lovely new wheel is still running true and is still evenly tensioned. Aren’t I ever so clever.

The Mini Morph has been around for donkey’s years and is, pretty much, unimprovable.
Jack Luke / Immediate Media

Topeak’s Mini Morph mini pump is nothing new – in fact, we have a review of this very pump from way back in 2007 – but I’m so pleased with my new purchase that I feel compelled to shout about it.

On my aforementioned tour, I took along my old Lezyne Pressure Drive mini pump. This has given years of trouble-free use, but the O-ring on the gasket is getting a bit worse for wear, which means it now ‘burps’ as you reach higher pressures.

I knew this before leaving but, because I am an idiot, I did nothing about it.

Unfortunately, on my first day, I managed to rather catastrophically flat my rear tyre, putting a great big hole in it in the process.

Full disclaimer: this was absolutely my own fault because, on reflection, I had significantly underinflated the tyres given the additional weight I had loaded onto the bike (as mentioned, I am an idiot).

Perhaps I should have read this helpful guide to finding the right road bike tyre pressure on the leading multi-discipline cycling website, BikeRadar.com? Hindsight and all that.

Anyway, I popped a tube in and thought nothing about it… until I flatted again the following morning as I went over a large stone in the middle of the road.

It became quite clear that I simply wasn’t going to be able to get enough pressure into the rear tyre as – to paraphrase the previously linked review – I am not a steroid-addled bodybuilder, and my poor old Lezyne pump simply wasn’t up to the task.

Lucky for me, Clive Powell Bikes was just down the road in Rhayader (thanks Clive!), where I picked up my new pump.

This layout means it’s actually possible to pump up your tyres to the right pressure on the road.
Jack Luke / Immediate Media

The Mini Morph uses a novel design, with a flip-out footrest and foldable handle allowing you to use it like a mini track pump. This allowed me to get enough windy-pops into both tyres, and I enjoyed the rest of my tour puncture-free.

I intend to replace the O-ring in the Lezyne pump and will still use it when I’m riding my go-fast bike (as I said, I’m a fashion victim and won’t be caught dead ruining the clean lines of my bike with a clip-on mini pump) but, whenever I have a bag to stow it away in, the Mini Morph will be coming with me.

Tue Aug 31 , 2021
Privately held Reynolds and Reynolds purchased retail technological know-how supplier Gubagoo, of Boca Raton, Fla., in a deal that shut in June, less than two months just after CDK’s acquisition of Roadster. Economic terms of the transaction had been not disclosed. Reynolds, of Dayton, Ohio, saw Gubagoo as a way […] 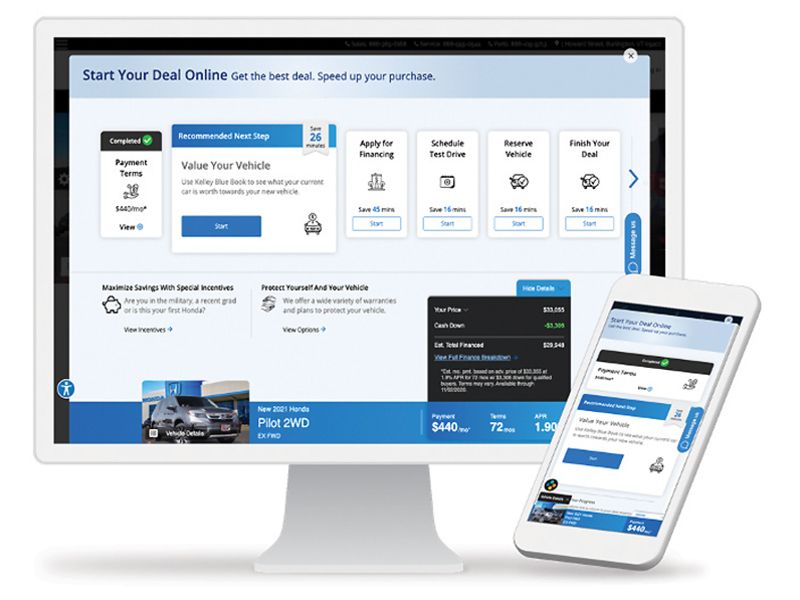