Looking for some inspiration for your first bikepacking trip or a challenging itinerary to aspire to? Here are ten of the best bikepacking routes from across the globe to fuel your stoke. All you need to do is rig up the bikepacking bags and go. From local adventures to ease […]

Looking for some inspiration for your first bikepacking trip or a challenging itinerary to aspire to? Here are ten of the best bikepacking routes from across the globe to fuel your stoke. All you need to do is rig up the bikepacking bags and go.

From local adventures to ease you in, to remote and wild trips reserved for the hardiest and most experienced bikepackers, we’ve got something for every rider.

A few days on the Trans-Cambrian Way, six months on the European Divide Trail and everything in between: what will you choose?

The Badger Divide starts (or ends) along the shores of Loch Ness, en-route to Inverness.
Jiangli / Getty Images

Linking the Scottish cities of Glasgow and Inverness, The Badger Divide takes in parts of the Great Glen Way and West Highland Way to cross the breathtaking Scottish Highlands.

Bikepackers rejoice because Scotland’s open access legislation deems wild camping legal in most of the country, although you should read up on the Outdoor Access Code. There are some classic bothies to visit too, as well as hostel or hotel options if you prefer.

Scotland really is a hub of bikepacking routes, from Edinburgh’s local Capital Trail to island hopping across the Hebrides on the Wild About Argyll Trail and the remote Cairngorms Loop.

The King Alfred’s Way is inspired by Alfred the Great, who ruled the Anglo-Saxon kingdom of Wessex. The circular route passes Alfred the Great’s statue in Winchester, where he is buried.
Immediate Media

A relatively new addition to the UK’s bikepacking routes roster from charity CyclingUK, the King Alfred’s Way is a circular route in the south of England, within easy reach of Salisbury, Winchester, Swindon and Reading. For easy access, it also boasts many train stations along the route.

Linking the beginner-friendly South Downs Way to the Ridgeway and the North Downs Way, the route takes in a surprising number of different landscapes along its 224-mile length.

From the sleepy woodlands of Surrey and the chalk meadows of the South Downs to the expansive crop fields of Salisbury and quaint towns in the Thames Valley, there’s just so much to explore.

One of the best-known bikepacking routes in the UK, the Trans-Cambrian Way may be a relatively short challenge at 109 miles, but it’s one that really packs a punch.

From the Welsh border with England to the Irish sea near Machynlleth, the Trans-Cambrian Way takes in some of the best off-road tracks in remote mid-Wales.

Expect leg-bursting, steep and grassy climbs out of the Welsh borderlands, snaking gravel roads through the glorious Elan Valley, quiet cycleway tracks through the empty mountains and a few old stone bothies along the way to overnight in.

Check out the ancient Sarn Helen route if you’d rather cross the country from north to south.

Kinsale in the south of Ireland is the idyllic start or end point to the TransAtlantic Way.
Eduardo Fonseca Arraes / Getty Images

If sticking to tarmac is more your bag, and you really love climbing, the dramatic Irish coastline of the TransAtlantic Way should be firmly on your list.

Although there’s an endurance race held annually on the route, you can take on the 1,406-mile route from Dublin around the west coastline to Kinsale at any time or, of course, choose a smaller section of the coast to ride.

Don’t expect a direct route here, nor a flat one, because the TransAtlantic Way almost entirely hugs the rugged and steep Irish coastline.

The epic European Divide Trail takes in almost every terrain you can imagine.
Andy Cox

The work of British master tourer Andy Cox, the European Divide Trail spans the entire continent from the Arctic Circle in Norway to Cape St. Vincent in Portugal.

Taking on this daunting 4,724-mile trail in one go would be no mean feat – it’s estimated to take between two and six months to ride, depending on your pace.

You could split the route into three major sections: the vast forested landscape and lakes of Scandinavia; the Central European patchwork of farm, wood, grass and heathland; or the warmer, arid terrain across the south and the Iberian Peninsula.

The Camino de Santiago is a popular hiking trail but can also be ridden as a bikepacking route.

The Camino de Santiago is a classic pilgrimage walking route but it can also be cycled, although this version adds an extra 62 miles / 100km to the traditional Camino Francés hiking route.

This mega bikepacking route links this most popular pilgrimage trail to the Camino Finisterre, crossing the breadth of Spain from the Pyrenees through the mountainous interior, past Santiago de Compostela (the usual pilgrimage endpoint) all the way to the Atlantic.

The route is best suited to a gravel bike setup or sturdy tourer because, despite being amended to avoid the bumpiest parts of the hiking route, there are still some light off-road sections.

At the very pinnacle of mountain bike bikepacking routes, the Colorado Trail links the cities of Denver and Durango by way of prime Rocky Mountains singletrack.

From the Front Range to the San Juan Mountains, this is a truly challenging and technical route at high-altitude, with plenty of hike-a-bike along the way. In short, this one’s not for the fainthearted!

However, this does mean that you’ll be rewarded with some mind-blowing rocky descents.

You’ll typically tackle the route in the summer months once the snow has melted, but be warned that this is also storm season, which might dictate your pace.

The Godafoss waterfall is just one of the many spectacular sights on the Iceland Divide.
Manachai / Getty Images

Unlike many other bikepacking routes, you’ll have the added challenge of snow, ice and high river crossings on the Iceland Divide.

This 353-mile route traverses the island from north to south, taking in many of the remote mountain huts that can provide much welcome relief from the beautiful but often harsh conditions.

With rock-strewn lava fields, gushing waterfalls and ice-cold rivers to navigate, riding across Iceland is a task like no other, but will certainly make for a memorable ride.

The interior of the island is especially hostile, so make sure you’re adequately prepared and experienced before considering this route.

Expect dramatic views like this on the route of the Atlas Mountain Race.
Miroslav_1 / Getty Images

From the bustling souk markets of Marrakesh up into the High Atlas Mountains and back down to the Atlantic at Sidi Rabat, the Atlas Mountain Race bikepacking route is a 754-mile journey for the most experienced, hardy bikepackers.

For riders who dare to take on the task, you’ll be rewarded by nights under a sky bursting with stars, the unmatchable hospitality of the Berber people and, of course, Morocco’s sweet, sweet mint tea.

What bikepacking bike is best for the task? Rider experience and the rocky High Atlas terrain strongly point to a mountain bike, although it can be done on a well-equipped gravel bike.

For a real bucket-list challenge, the Annapurna Circuit in Nepal –  better known as a high mountain hiking trail – can also be ridden on a series of parallel gravel tracks.

Centred around the Annapurna massif in the Himalayas, the route leads up into the high mountains from Pokhara, through rice terraces and lowland jungles, and up alpine meadows to the rocky snow-capped peaks.

Expect glaciers, hot springs, soaring birds of prey, Buddhist temples and strings of vibrant Nepalese prayer flags. The accommodation and facilities along the route may be basic, but the sheer scale and beauty of these landscapes will blow you away.

Martin Technologies merges really like of racing, cars and trucks with innovation and new technology

Sat Aug 21 , 2021
DETROIT (WXYZ) — August is National Black Business month, and to rejoice, every single week on The Rebound Detroit, we are introducing 7 Action Information viewers to a thriving local Black-owned business enterprise. From hospitality to elegance, property providers and retail all month very long we’re shining a gentle on […] 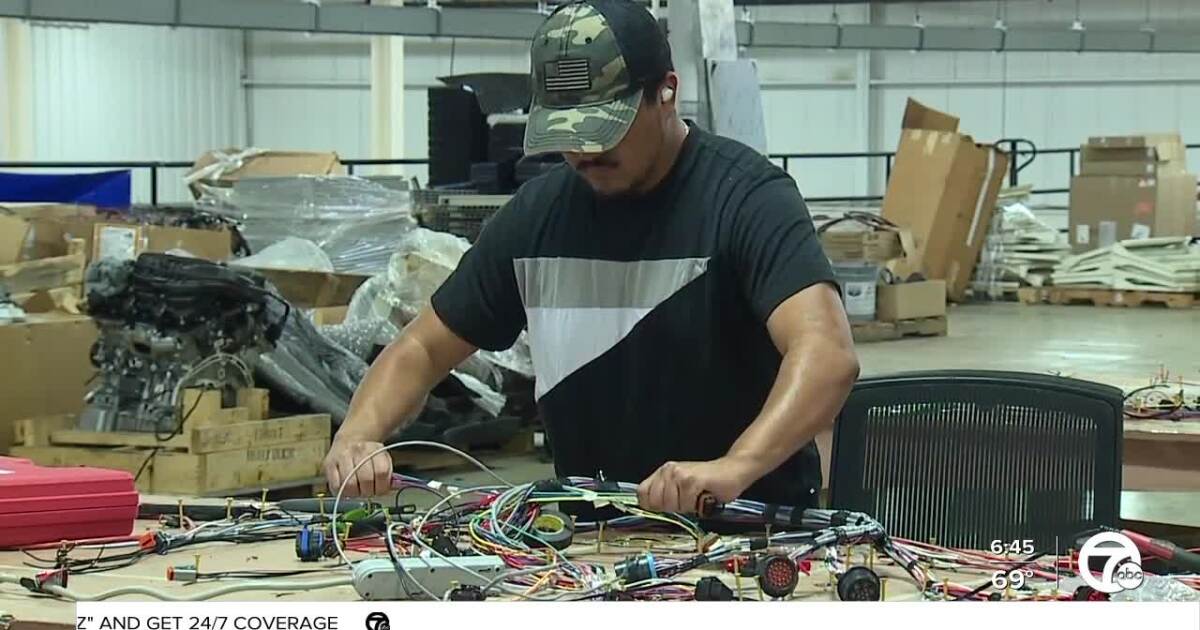