It’s a Hanna-Barbera doggie throwdown. And Ferrari vs. Chevrolet for V-6 supremacy. Then there’s baseball, outer space and the comic heart of the Rat Pack. It’s Astro vs. Dino. Which name is more glorious? R&T picks a winner. Is this a valid comparison? Don’t worry about it. Vehicles: Ferrari1 Dino […]

It’s a Hanna-Barbera doggie throwdown. And Ferrari vs. Chevrolet for V-6 supremacy. Then there’s baseball, outer space and the comic heart of the Rat Pack. It’s Astro vs. Dino. Which name is more glorious? R&T picks a winner.

Is this a valid comparison? Don’t worry about it.

At first glance, these are two machines of completely dissimilar purpose and design. But in fact, the Chevrolet Astro minivan and the mid-engine nearly-a-Ferrari Dino 246GT are significantly similar. Both, for instance, are powered by V-6 engines and have standard rear-wheel drive. In those ways, they’re indistinguishable from one other.

In every other way, not so much. Let’s start with the Italian. Way back in February 1974, R&T compared the 246 GT to the Porsche 911 Targa, the Mercedes-Benz 450SL, Jaguar E-Type, and Chevrolet Corvette. Yeah, it was the Dino that kicked the assembled asses. It was a mid-engine thoroughbred sports car up against an archaic Brit, a brutish American, and a softy Mercedes. Only the 911, classic in its own right, came close. If it had been a beauty contest, the Dino was clearly the most gorgeous. After all, even the E-Type, by the early Seventies, had been bowdlerized with goony headlights and a dopey grille. In contrast, the Dino was a pure and clean super swoop.

The Dino was built to celebrate Enzo Ferrari’s beloved son, Dino, who overcame multiple sclerosis to become a fine engineer. Dino died young, in 1956, with visions of a 1.5-liter racing V-6 on his mind. When it came time to develop a lower-priced, mid-engine car that would become an affordable Ferrari product, the Dino name rang true. The Pininfarina-designed prototype was first shown at the Paris Motor Show in 1965; production of the Dino 206 GT began in 1967, and that model evolved into the 246 GT, with a 195-horsepower 2.4-liter V-6. It was brilliant.

In contrast, Chevy’s Astro was no thoroughbred. Using light truck components swiped mostly from the S-10 pickup, the Astro was rushed into production as a 1985 model to meet the challenge of Chrysler’s bombastically successful front-drive minivans. Tall and tippy, atop a suspension contemporary to late-model two-horse wagons, the Astro, along with its twin, the GMC Safari, was nonetheless wildly successful. The M-van, as it was known inside GM, sold reliably well for 21 model years, all the way through 2005. Millions were built as both passenger and commercial vehicles, and millions likely remain on the road, working hard.

As noble as the Chevy Astro remains, this is a cakewalk for the Italian. Ferrari only made about 3913 V-6 powered Dinos (206s and 246s) before production ended in 1974, when it was replaced by the V8-powered 308 GTB. But beyond the production sports car, Ferrari’s Dino line includes a series of Formula 1, Formula 2 and prototype race cars powered by the tiny V-6 engine that Dino Ferrari had dreamed of on his deathbed. GM used the Astro name on some show cars and Class 8 trucks, but that can’t even come close to matching the glory earned by the Dino name.

Hanna-Barbera Cartoon Pets: The Jetsons Astro vs. The Flintstones Dino

Back in the early Sixties, The Flintstones and The Jetsons were half-hour cartoon sitcoms that were grown-up enough to play on network TV in prime time. The Flintstones ran on ABC from 1960 to 1966, while The Jetsons appeared on the same network during 1962 and 1963. Since then, both shows have had a constant presence in the culture through revivals, spinoffs, movies, ripoffs… they are ubiquitous.

Dino was cute and all, but he never had much of a personality. He was purple and always ready to slobber up Fred’s face, but he was kind of boring. The best Dino episode in the series, “Dino Goes Hollyrock,” has him starring in his own TV series as Sassie, an obvious parody of America’s favorite collie.

Meanwhile, Astro always had a big personality. He kind of talked, often walked upright, and at the end of almost every episode, he tricked George onto the automatic dog walking treadmill where he’d cry out for Jane to “stop this crazy thing!” Astro had personality, he had emotions, and he had better episodes dedicated to him. But beyond all that, Astro was the prototype for the greatest of all cartoon dogs: Scooby-Doo.

Scooby Doo, Where Are You?, the original Scooby series, appeared in 1969. Scooby himself is basically Astro with a repaint. Scooby’s semi-coherent vocalizations are eerily similar to Astro-ese, and both characters were in fact voiced by the same actor, the great voice artist Don Messick. And we can all agree that Scooby is leagues better than Disney’s yawn-inducing Pluto. Maybe Goofy is close, but it’s not even clear if he’s a dog. And without Astro, there is no Scooby. Case closed.

Back in 1962 the city of Houston finally got its first Major League baseball team, the Colt 45s. When they moved into the new Astrodome in 1965 they became, well, the Astros. They finally won their first World Series title in 2017 when they beat the Los Angeles Dodgers in seven games.

Meanwhile, over in Korea, the Changwon NC Dinos have only been around since 2011. And last year, the Dinos won their first KBO Korean Series championship when they beat the Dooson Bears in six games.

Here’s why the NC Dinos are greater than the Astros. It’s because the Astros blatantly stole signs and cheated their way to the 2017 series and still needed seven games to beat the noble, upstanding Dodgers. That their tarnished title hasn’t been stripped from them remains a crushing frustration in the heart of every Dodgers fan, including the one who is writing this. So, Dinos all the way.

A few hundred people have been trained as NASA astronauts since the first “Mercury Seven” were announced on April 9, 1959. And there are 48 in the current NASA astronaut core. None of them could sing or tell a joke as well as Dean Martin, Dino to his friends, the very soul of the infamous Rat Pack.

In the years since his death at age 78 in 1995, Dean Martin’s reputation has only grown. His voice was a mix of Bing Crosby-style crooning plus the liquid delivery of a saloon singer. With partner Jerry Lewis, he was half of the most potent comedic duo since Laurel and Hardy and one of the greatest nightclub acts ever. He could act too, pretty much stealing Rio Bravo (1959) as John Wayne looked on helplessly. He made hosting a variety show seem effortless and basically invented the celebrity comedy roast. And he did all that while looking tremendously cool.

What did all those astronauts do? They went to the moon. Big whoop.

This is Road & Track, and using scientifically validated weighted voting techniques, cars always matter more. Therefore, Astro had a big mountain to overcome after the Dino took the lead in this comparison. Astro may mount a comeback if GM revives the name on its upcoming electric vans, but that seems unlikely. There’s only so much a cartoon dog can do to overcome Ferrari.

Into the foreseeable future, Dino will dominate Astro. And that’s important to know.

1 Okay, not technically a Ferrari. Get over it.

Wed Jul 14 , 2021
VOLUSIA COUNTY, Fla. – A male accused of forcing his way into a woman’s residence and thieving her auto also took her phones so she could not simply call for support, in accordance to the Volusia County Sheriff’s Business. The sheriff’s business said the suspect, identified as 37-calendar year-aged Kyle […] 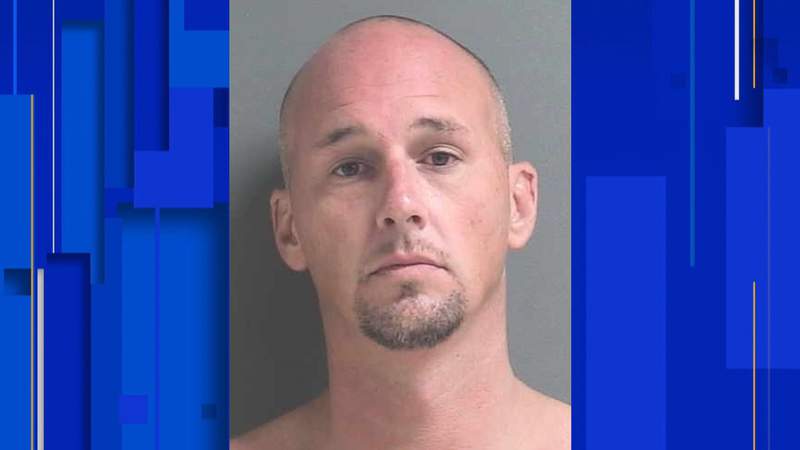